PRIVACY POLICY
This privacy policy sets out how ITN Corporation Ltd. uses and protects any information that you give when you use this website.
We are committed to ensuring that your privacy is protected. Should we ask you to provide certain information by which you can be identified when using this website, then you can be assured that it will only be used in accordance with this privacy statement.
We may change this policy from time to time by updating this page. You should check this page from time to time to ensure that you are happy with any changes. This policy is effective from 24th May 2018.

WHAT WE COLLECT
We may collect the following information:
– name
– contact information including email address
– demographic information such as postcode
WHAT WE DO WITH THE INFORMATION WE GATHER
We require this information to understand your needs and provide you with a better service, and in particular for the following reasons:
Internal record keeping.
We may use the information to improve our products and services.
We may periodically send promotional emails about new products, special offers or other information which we think you may find interesting using the email address which you have provided.
WHAT WE DO NOT DO WITH THE INFORMATION WE GATHER
We will not sell, distribute or lease your personal information to third parties.
We do not use any cookies.

SECURITY
We are committed to ensuring that your information is secure. In order to prevent unauthorised access or disclosure, we have put in place suitable physical, electronic and managerial procedures to safeguard and secure the information we collect online.

LINKS TO OTHER WEBSITES
Our website may contain links to other websites of interest. However, once you have used these links to leave our site, you should note that we do not have any control over that other website. Therefore, we cannot be responsible for the protection and privacy of any information which you provide whilst visiting such sites and such sites are not governed by this privacy statement. You should exercise caution and look at the privacy statement applicable to the website in question.

If you believe that any information we are holding on you is incorrect or incomplete, please email us as soon as possible, at itn@itncorp.demon.co.uk. We will promptly correct any information found to be incorrect.

IN THE NURSERY is the Sheffield-based musical project centered around the nucleus of twin brothers Klive and Nigel Humberstone. ITN’s musical history spans 30 years and has constantly expressed their desire for progress and experimentation. Their sublime, cinematic music blends electronica, classical arrangements, orchestral percussion and soundscapes evoking a timeless quality.

IN THE NURSERY have released more than two dozen albums since 1981. The creative progress of the band’s albums has always consolidated their distinctive sound while taking on board contemporary influences.

ITN’s music has been used on numerous film soundtracks and trailers including Game of Thrones, Gran Torino, Beowulf, The Aviator, Interview with the Vampire, Along Came a Spider and The Rainmaker as well as the La Femme Nikita TV series.

Since 1996, and parallel to their studio works, ITN have developed their Optical Music Series, new scores for classic silent films. The series to date includes The Cabinet of Dr Caligari, Asphalt, Man with a Movie Camera, Hindle Wakes, A Page of Madness, Electric Edwardians, The Passion of Joan of Arc and The Fall of the House of Usher. ITN have performed their scores live at film festivals around the world.

IN THE NURSERY’s recent albums include ‘Blind Sound’ and ‘The Calling ‘ their thematic soundtrack featuring author Simon Beckett.

The band have a number of ongoing projects including ‘Aprirsi’, creating binaural soundscapes for dementia patients. 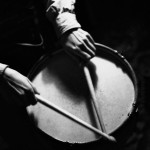