The Seashell and the Clergyman

The Fall of the House of Usher

The Passion of Joan of Arc

A Page of Madness

Man with a Movie Camera 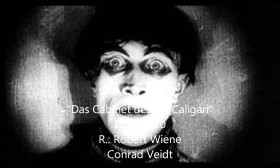 The Cabinet of Dr Caligari 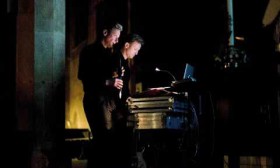 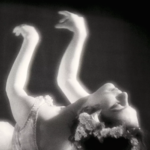 As a supplement to The Seashell and the Clergyman, In The Nursery are issuing three scores they have prepared for additional Germaine Dulac films – Arabesque, Disque 957 & Themes and Variations.

Performances of new scores for silent films have been a mainstay of film festivals in recent years, offering rich creative prompts for composers. These remained scores have been a core part of Sheffield based duo In The Nursery’s output since the......

In The Nursery are pleased to announce that the live premiere of their new soundtrack will be at HOME, Manchester on Sunday 9 June.

The Fall of the House of Usher

In The Nursery’s new score is designed to accompany Jean Epstein & Luis Bunuel’s 1928 interpretation of Edgar Allan Poe’s classic tale of paranoia and suspense. Polish-born director Jean Epstein was heavily influenced by French Impressionism, as well as the conventions of German Expressionism. The Fall of......