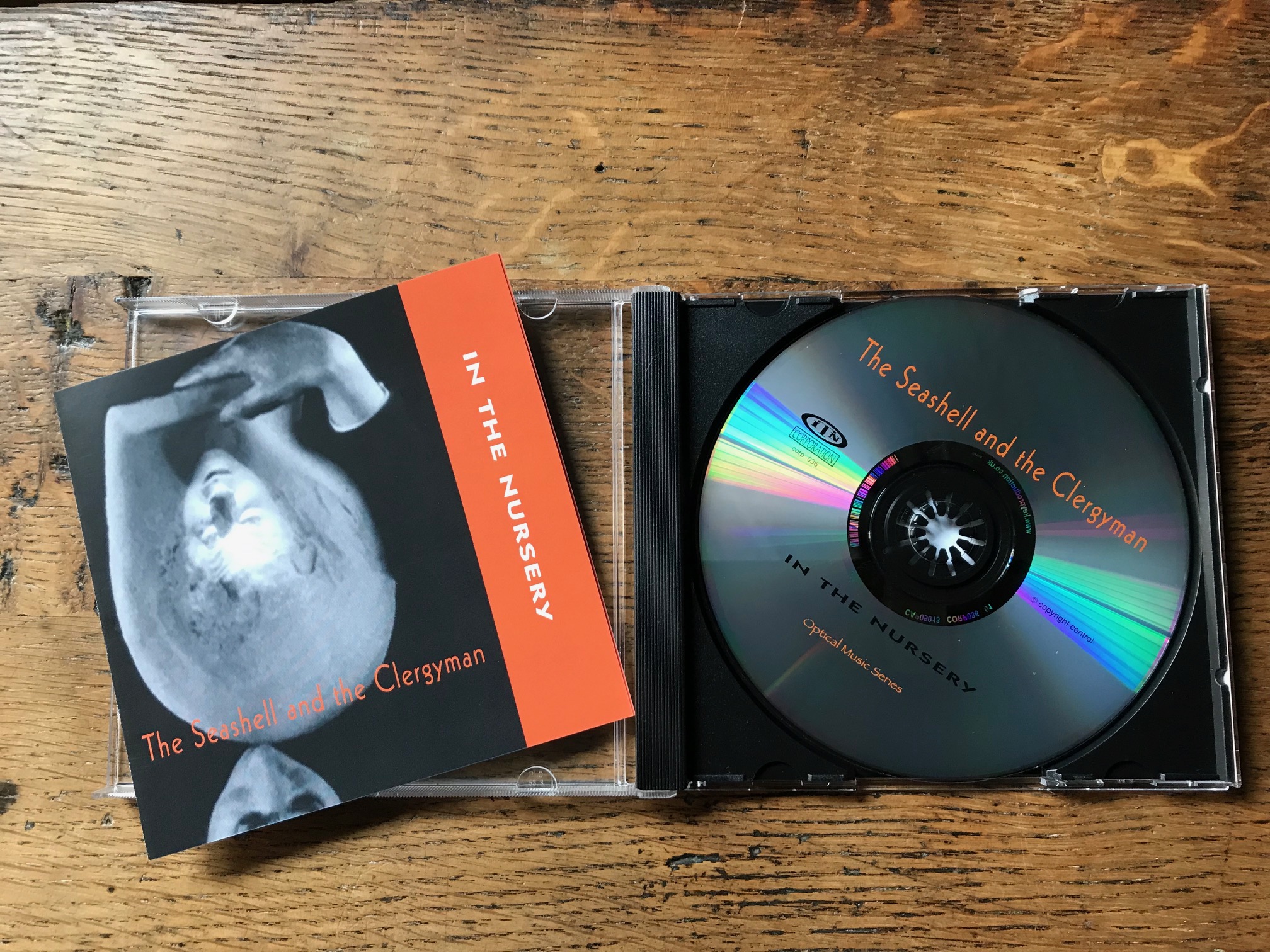 Performances of new scores for silent films have been a mainstay of film festivals in recent years, offering rich creative prompts for composers. These remained scores have been a core part of Sheffield based duo In The Nursery’s output since the 1990’s, when they began their Optical Music series, creating new soundtracks for silent films such as The Passion Of Joan Of Arc and The Cabinet Of Dr Caligari. For the latest in this series, they have created a new score for Germaine Dulac’s The Seashell And The Clergyman, a dreamlike interpretation of desire and patriarchal oppression which has been credited as the first surrealist film, as well as an important feminist work.

The album is built around a low level electronic soundscape, broken with bursts of incidental instrumentation and melody. On “Ceremony Of Illusion” a solitary violin line is backed with a chorus of synthesised strings, turning a lonesome human plea into something ironic and sad. “Beckon” conjures a creepy atmosphere, with reverb-heavy guitar licks and hushed wails like a pack of competing sirens. The creek of a jammed door, a thin, high pitched synth and an underlying bass pulse complete the scene, reflecting a scene from the film which shows a priest moving through a building hunting for a woman from his dreams. This pulse recurs throughout the score in different instrumental guises as the central recurring theme, the main character’s heartbeat as he navigates strange environments.

Most tracks here are under three minutes long and taken individually less characterful moments such as “Destructuration” drift into background noise. On the version of the album that is presented as a 38 minute uninterrupted score, it’s easier to hear these moments as contrasting reflective pauses. When viewed alongside the film, the deceptively passive moments of music reveal themselves – a recording of shattering glass accompanying a long shot of a pile of broken bottles, long drones echoing the slow, ominous reveal of a central character. On the one hand The Seashell And The Clergyman improves after viewing its accompanying film, when the atmospheric music is tethered to strange and heavy symbolic visuals. But the score feels somewhat tame in comparison, too reliant on recognisable tropes of ambient soundtrack music to fully match Dulac’s still remarkable film.