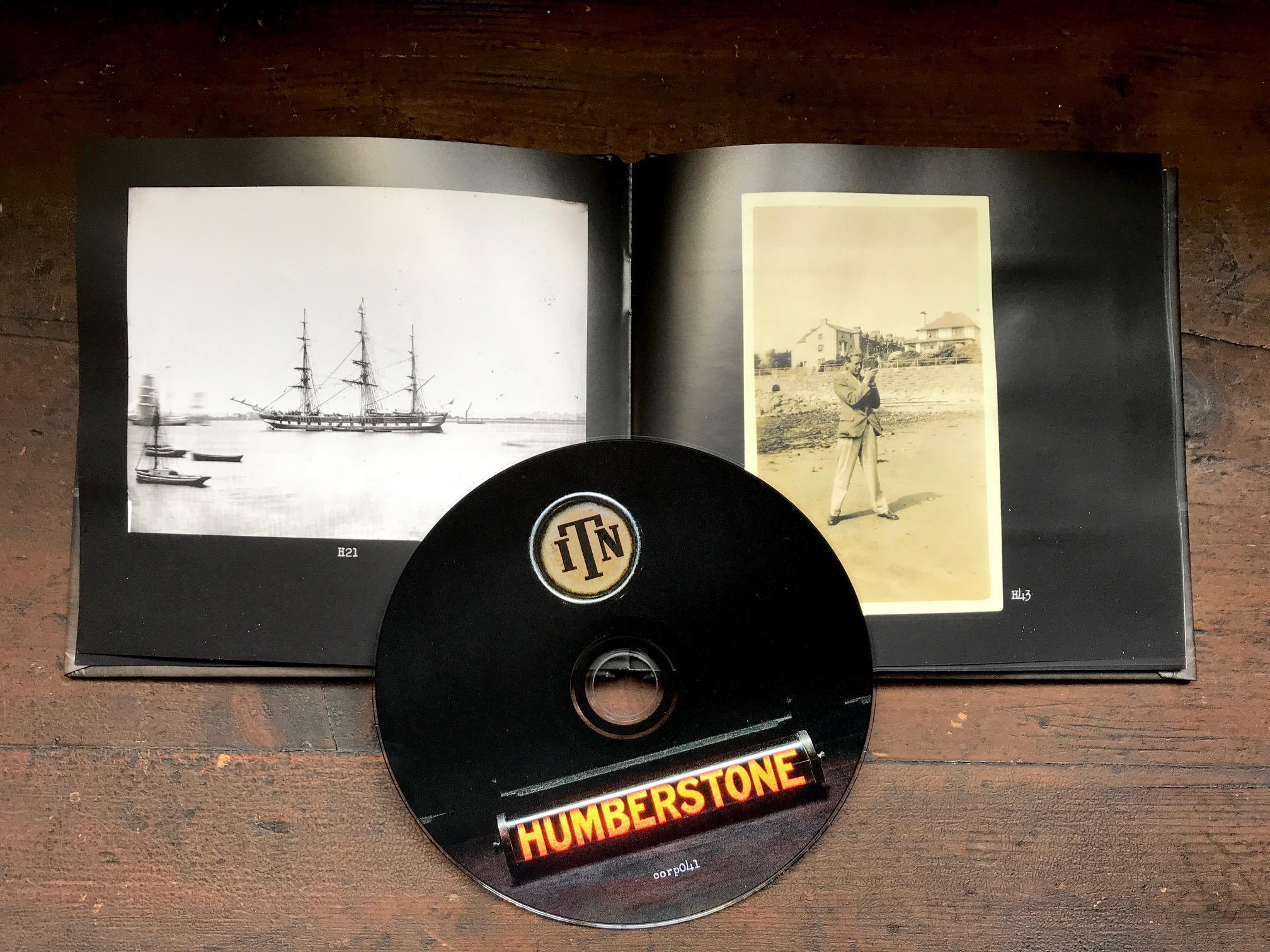 In The Nursery – HUMBERSTONE (corp041)

Since a review should use more than one word, I guess I should continue. HUMBERSTONE is the new album from In The Nursery (twins, Klive and Nigel Humberstone), recorded in their 40th year as a band, and they have composed an album that is somehow both quintessentially In The Nursery and also evolutionary. Newer elements that we heard in the previous album, 1961, such as the occasional acoustic guitar, have returned, as has the post-punk guitar that they started to bring back since 2007’s Era, but the production value and the soundstage just seem so expansive and rich that it feels different.

After listening to the album many times, as well as revisiting the back catalogue of albums, the production on this album just stands out. In addition to how full the music feels, it also seems just a touch more expressive. The mixing of the layers is just outstanding. There are other subtleties at play as well. The percussion at times seems just a tad lower in the mix than we typically hear, but it just helps accentuate how good the rest of the instrumentation sounds. This is also the first non-soundtrack fully instrumental In The Nursery album, but given the themes of reflection, it just feels right. I have found the album to just be amazing. They have taken all of the music from these past 40 years and let it slowly blend, mixing together into something greater than the sum of its parts.

Each song is accompanied by an image – whether it be a family photograph, a painting, or even a letter from a great uncle during WW1, that helps frame the song and give some insight into the inspirations. I didn’t have the pictures on my first listen to the album, but I found myself staring at each image through subsequent listening sessions. The tracks move back and forth between fond remembrances (Ektachrome and Mallards) and some dark moments (Sulcus and Suvla Bay), and it just feels seamless.

The album opens with Émigré (The Dressmaker) which initially reminds me of their early Stormhorse-era cinematic tracks, before the post-punk guitar kicks in as the song continues to build throughout the first two and half minutes. The relentlessness of the first part of the track transitions into a more peaceful passage of strings and then some much more muted guitar and drums return to accompany the listener to the end of this first journey. There’s a sense of darkness to the track, and then when you read how it was inspired by the drowning at sea of hundreds of emigrants off the Cape of Good Hope in the late 19th century, the song does seem to capture that chaos transitioning to peace.

Next up is the first single, Ektachrome (The Animator) that will transport you back to the movies of the 1970s. The song sounds like it would be right at home in the Pink Floyd movie scores from the era, or even right along with the end of Dark Side of the Moon, albeit a little less psychedelic. The light trumpet work combined with strings and guitars just makes for an incredibly blissed out piece that should bring a smile to your face. The twins’ love for their father, animator Arthur Humberstone, is felt throughout.

Underscore (The Apprentice) is a beautifully reflective and cinematic piece. The band describes the song as “a musical ode to the typewriter repairman” and typewriter sounds waft in and out throughout the song. The cello work in the song is lovely and I’m reminded of This Mortal Coil. For me, this track is very peaceful with a sense of meticulous purpose and joy in one’s chosen path of work.

Mallards (The Storyteller) come next and is a wonderful tribute to the twins’ mother. Beginning with piano and strings, before being joined by bass and choir, the song just exudes love with the hint of loss that you get with remembering lost loved ones. The track includes some recordings of their mother reading a bedtime story and fittingly ends with the turning of a final page and then the click of a bedroom light switch.

Cookham Stone (The Painter) is just majestic. The strings and drums remind me of Deco-era ITN, while the bass is more reminiscent of their more recent works. I find myself swaying with song, lost in the beat and soundscape, smiling and comforted. Absolutely lovely track.

Sulcus (The Ploughman) takes a turn with an ominous, layered synth opening. Bits of distorted staccato guitar come in along with more feedback creating this very tense soundscape that would not be out of place in a good horror movie score. The bass and rhythmic parts recede to layered feedback waves for a slightly more peaceful conclusion.

Redpits (The Gardener) opens with a heartbeat bass drum and then post-punk guitar for about a minute until the strings and percussion kick in. A driving beat propels the song, without being overly bombastic, reminding me a little of some of the work on Era mixed with some John Murphy. As the song nears its close, everything fades to strings and piano.

Suvla Bay (The Cavalryman) is a dark, brooding piece filled with tension and a sense of decay. Layered synth work mixed with cello and eventually choir give this otherworldly feel to the track. The track also incorporates the sound of one of the band’s synthesizers slowly detuning in the background reinforcing the tension in the song. Suvla Bay was the site of a World War 1 battle and reading the letter excerpt that was part of the inspiration for the track, the music just fits it perfectly – surrounded by the aftermath of the battle and the stench of death. Very subdued compared to Sulcus, but the two tracks seem somewhat joined in this sense of darkness.

Centrefire (The Gunsmith) finds the band going back to more of the “classic” ITN sound. Starting with piano that quickly adds some urgent strings, driving bass, and of course, the percussion that is incredible in their live shows. Familiar, but at the same time you can hear growth, their sound just seems to have evolved. An interesting note here is the inclusion of a sign from Theophilus Murcott, the gunmaker who is credited with creating the first hammerless gun “Murcott’s Mousetrap”.

And this brings us to the final track, A Room At The End Of The Mind (The Jeweller). Slow piano and the creaking sounds from the wooden seat and pumping of the bellows of a harmonium precede the slowly rolling waves of the harmonium’s sound. The track reminds me of the closer from 1961, The Earth Was Blue. Reflective, melancholy and feels like the end credits to this wonderful movie of memories and experiences that makes up the album.

I’ve been listening to In The Nursery for about 31 years of their 40-year career, starting with Counterpoint on a Wax Trax records cassette in 1990. They are one of my favourite bands and they were my greatest influence back in college when I was making music of my own. I have listened to everything ITN has ever released, and HUMBERSTONE is now potentially my favourite album by ITN (it requires more than just a few days of listening, but L’Esprit may have finally been dethroned). The album is so passionate, albeit dark at times, but you can just feel the emotion on every track as a reflection on life and experience. I highly recommend HUMBERSTONE not just for In The Nursery fans, but for anyone who really wants to experience a soundtrack made about life and experience.